The strong connection between online communities, collaboration, and Web3 was obvious from the very start. Early adopters, fellow tech geeks, and developers from all around the world were in awe of Satoshi’s invention in 2009. Together, they theorized about its future use and potential on Internet forums, such as Bitcointalk (an online forum launched when Bitcoin was created, intended for discussions about the cryptocurrency and blockchain technology), Bitcoin Stackexchange, Reddit, Github, etc. as well as various chat rooms.

With the help of these online discussions, the word about this revolutionary technology spread worldwide. Blockchain technology had the interest of people from all scopes – from renowned businessmen to tech geeks and a broad range of developers. And the rest was history.

Let’s uncover the intricate connection between the development of Web3 and community.

In the decentralized world of Web3, the community plays a crucial role in driving innovation, adoption, and governance. Decentralization is considered the most important aspect of Web3 technology since it allows for more open, transparent, and inclusive participation – without middlemen involved.

In Web 2 (the centralized generation of the World Wide Web), a single entity or group of entities controls the flow of information and decision-making power. This leads to a lack of transparency and accountability, privacy issues, data misuse, censorship, increased control over user data, as well as the potential for abuse of power.

In contrast, decentralization guarantees that power and decision-making are distributed among a network of participants. This allows for more transparency and accountability, as all members of the network have an equal say in the direction and operation of the system, as well as the policies and processes that govern it.

Many Web3 projects are built on open-source protocols, which means that anyone can contribute to their development. By allowing for open participation, Web3 technology encourages the inclusion of a wide range of perspectives and expertise, leading to more comprehensive and well-rounded solutions.

As more and more people become involved in the community, they are able to spread the word about the benefits of Web3 and encourage others to get involved. This can help to create a virtuous cycle of adoption. As the size of a community increases, the potential for contributions toward its growth and development also increases.

Challenges In The Web3 Community

These issues can impact the growth and development of the community and hinder its potential for fostering innovation and promoting adoption.

The Problem of Education: Barriers to Entry and Lack of Resources

Education is a big issue in the world of Web3. In order to contribute to developing Web3 or participate in the community, you need to understand blockchain technology. This is where many come across one of the main barriers: the nature of decentralized technology is somewhat complex; especially for people who don’t have a strong background in computer science, programming, or tech in general.

In addition, there is a serious lack of high-quality resources and materials available to help individuals learn about these technologies, and the ones that do exist are often scattered and disorganized. Of course, just like when blockchain technology just started taking off, you can always find an online forum or an online community that will happily help you with whatever problem, issue, or confusion you may have regarding this technology.

However, this isn’t how most people like to learn about new technology.

In the past couple of years, we’ve seen a trend of universities such as Berkeley, Harvard, Cornell, University of Oxford, etc. creating courses and seminars about blockchain, crypto, and Web3 technology in general. However, these educations often aren’t free and they still require some tech background or a higher level of understanding of computer science or programming.

Another issue is the lack of support and funding for educational initiatives in the Web3 space. Decentralized technologies are still in their infancy, and there is a lack of investment in the development of educational programs and materials. This lack of support makes it difficult for individuals and organizations to create comprehensive and accessible educational resources.

In order to overcome these challenges and make education in the Web3 space more accessible and widespread, more investments and more advocacy for this issue are needed. These issues can be solved through the creation of more comprehensive and organized materials that will be accessible to all, as well as the development of support systems and more funding for educational projects.

Inequality in Web3 is a complex issue that affects various groups in various ways. Discrimination in Web3 can take many forms, including racial, gender, sexual orientation, and disability-based discrimination. For example, racial discrimination in Web3 can manifest as the underrepresentation of certain racial groups in decentralized project development and leadership, as well as the perpetuation of racial stereotypes and prejudices through language and imagery.

It is a well-established fact that the technology industry, like many other sectors, has traditionally been viewed as “male fields”. Historically, a greater proportion of males than females have chosen to obtain degrees in subjects such as science, technology, engineering, and mathematics (STEM). Women also don’t receive the same level of encouragement and support when it comes to pursuing careers in tech. Women also experience bias, exclusion, and discrimination in their tech workplaces, as well. WeAreTechWomen recently reported that 75% of women in tech feel like there is a lack of support and respect from their male colleagues. A concerning two-thirds of respondents also feel ignored during work meetings.

Studies have shown that unconscious bias plays a significant role in the hiring and promotion processes within the technology industry, leading to women and non-binary individuals being overlooked or passed over for job opportunities and promotions. This also goes for LGBTQ+ individuals and people with disabilities.

Web3 and the Culture of Toxicity

The culture of toxicity in the Web3 space is a pervasive issue that has negative impacts on individuals and the overall health of the community. This toxic online behavior is often intertwined with various forms of discrimination. It can also take other forms, such as harassment, bullying, and so on.

One of the main reasons for the toxicity in Web3 is the anonymous nature of many decentralized platforms, which can make people feel like they can act in a problematic way without any repercussions. This can lead to a surge of harmful behavior, like targeting individuals or groups with hateful or discriminatory language or actions.

The competitive and often cutthroat nature of the industry can also contribute to a toxic culture, which can lead to a lack of inclusivity and a sense of division within the community.

The Web3 community is made up of a diverse group of stakeholders, including developers, users, and investors, who are all invested in the success and development of Web3 technologies.

Even though decentralization is a fundamental principle of Web3, paradoxically, too much centralization or control can undermine the decentralized nature of the network and make it vulnerable to censorship and manipulation by a small group of actors.

This is particularly true in the case of decentralized autonomous organizations (DAOs), which are governed by predetermined rules and protocols but can be easily influenced by a small group of powerful stakeholders. Finding the right balance between decentralization and control is therefore a complex and ongoing challenge for the Web3 community.

The Power Of Shared Purpose and Collaboration

If you’re someone who has dabbled in the blockchain space, you already know that the more public support there is behind a project – the higher the chance that the project will succeed. At this point, it’s an unwritten rule that the stronger the Discord channel, the Telegram group, and the mightier the Twitter presence is — the more people invest in the project and push for it.

Of course, this isn’t always entirely true, since these projects also need a strong use case to succeed, nevertheless, a highly involved community that believes in and advocates for the project always helps. In other words, the power of community in Web3 can’t be overstated as the success of Web3 depends on the collective efforts of developers, users, and other community members.

They are the ones that build and maintain the infrastructure, contribute to the development of new functionalities and features, and ensure security and scalability.

Chances are that Satoshi’s vision for blockchain technology would have never taken off if it wasn’t for the community of people that understood and saw the potential behind it.

Web3 is about allowing individual users to take ownership of their online presence through true decentralization, without compromising practicality and utility. It’s about eliminating problematic, declining systems, and fostering innovation.

Similarly to other blockchain-based projects, Inery wouldn’t exist without the support of our dedicated and talented community.

Inery is all about community, education, collaboration, ownership, and solving the huge issue with centralized data in the fastest, most efficient, and most sustainable way possible.

Whether you want to keep your data inaccessible to Big Data companies or want to enhance and better data security and database management through decentralization, Inery is the solution for you.

A purpose-built decentralized data solution for the healthcare sector to overcome its challenges. ...READ MORE 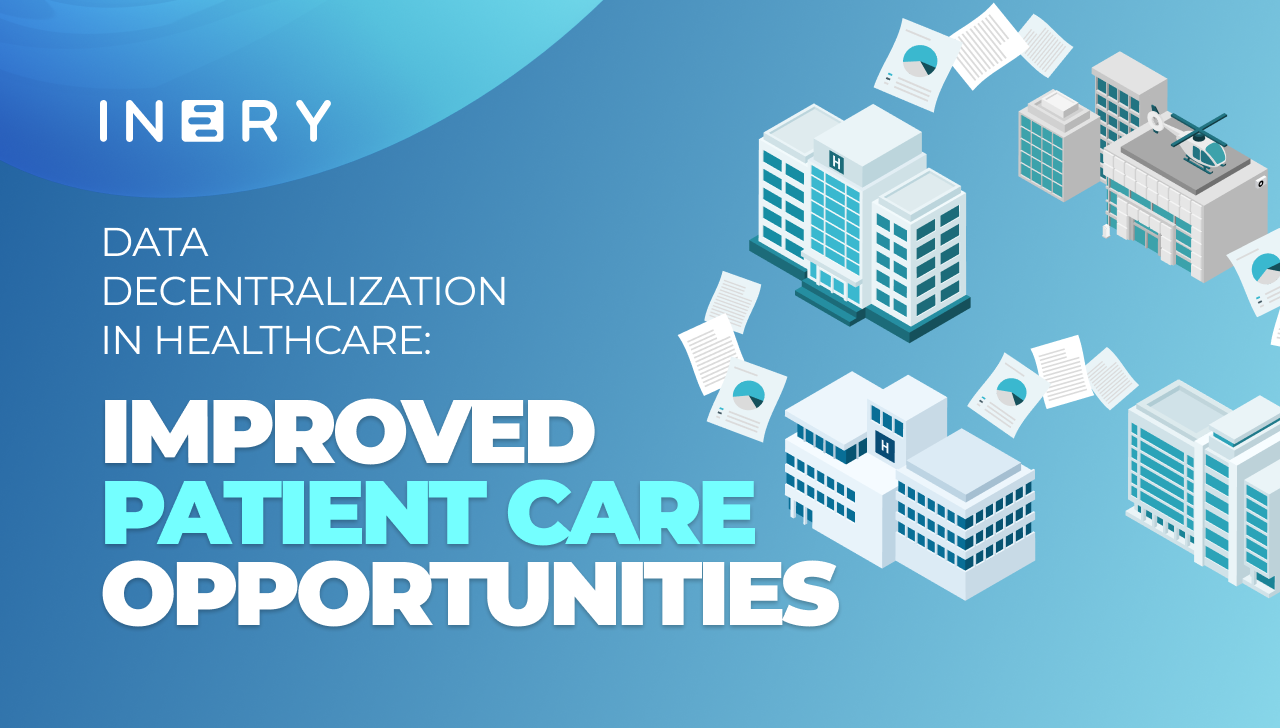 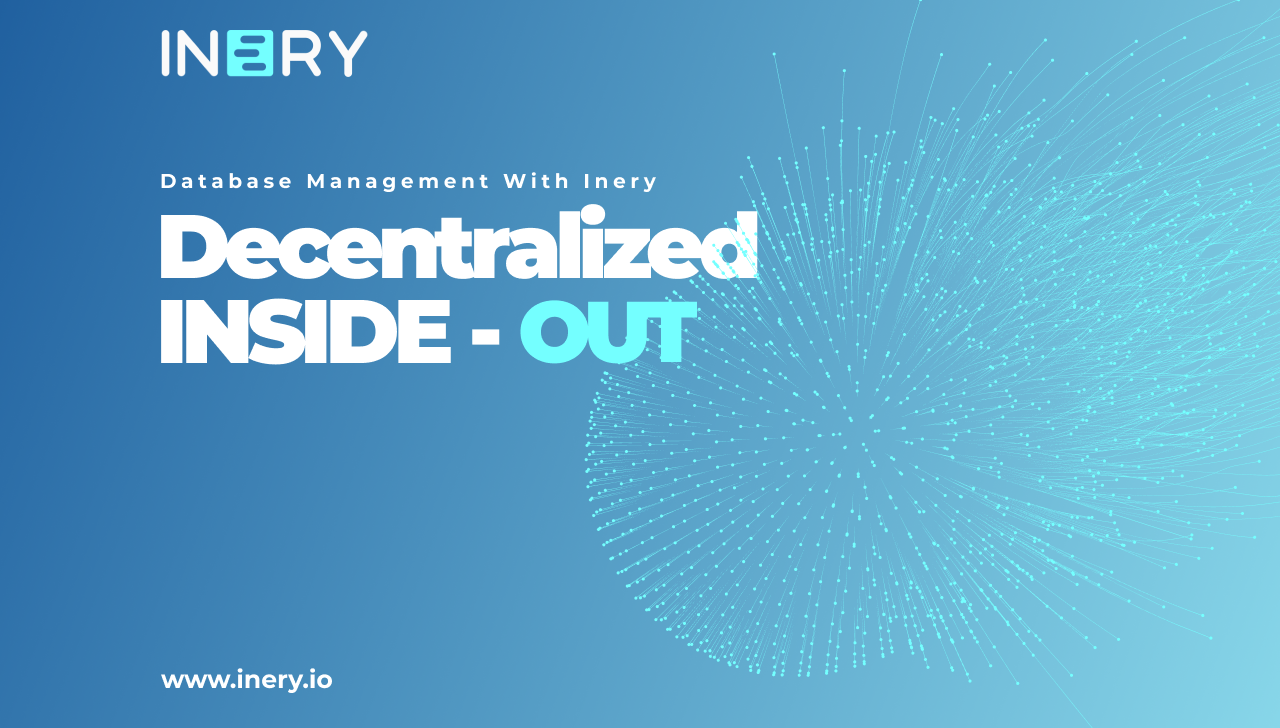 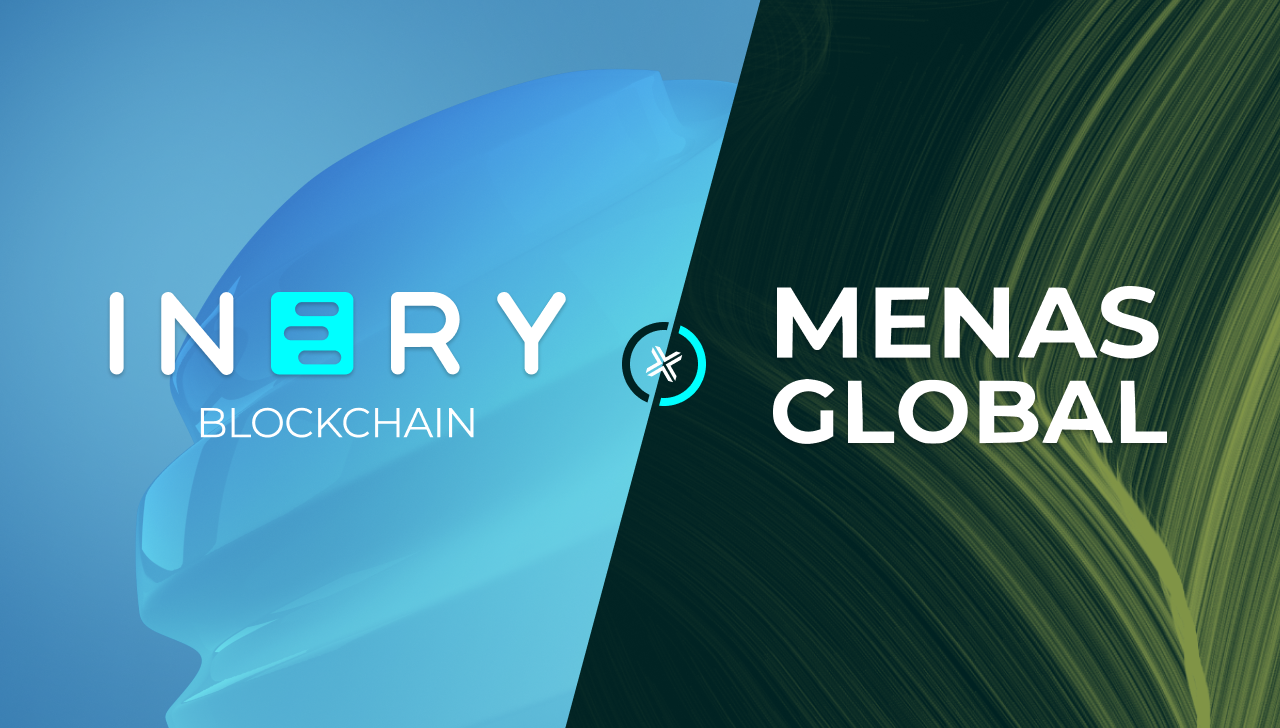